Too often we are quick to judge or point out when a child misbehaves.  “That kid sure cries a lot,” “He needs to be put in time out more often,” or my favorite “you need to be harder on him.”   I hate to admit it, but theses were all things that were said about my son Ethan, from other people.  Now I am normally the type of person that talks about the best things of my kids, but some situations are hard to go through. 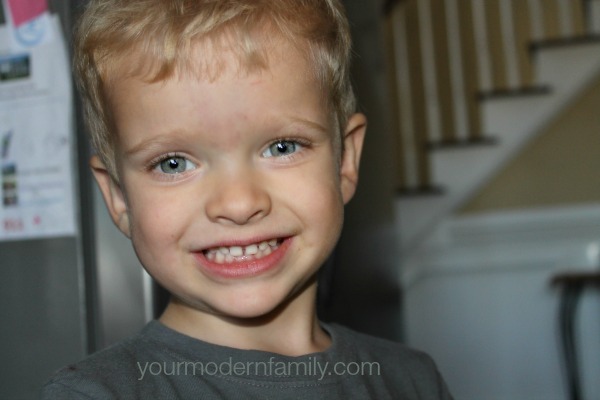 You see for the past few months, maybe even years, we noticed a huge behavior change in Ethan.  He was really irritable in the afternoons and just seemed really worn down.  Now that he is 5, naps have been long out of the picture.  Becky and I tried just about everything.  We looked for allergies, both environmental and food related, and everything was normal.  We changed his diet, and ours for the better.   We tried gluten free, dairy free, egg free…  nothing worked.   He went to his ENT (Ears, Nose and Throat) doctor and to have him take a look and see in any abnormalities, and everything was fine.  He had blood work, scans and scopes done to no avail.  He had seen many different specialists and the results all came back to… nothing abnormal.


All the while, we were hearing “He’s such a crybaby.”  or “He is always in a bad mood.”   We would hear it from people that we loved.  It hurt.  We knew what a kind heart he had, because we saw it every morning.  Those who took the time to get to know him well saw it, too. 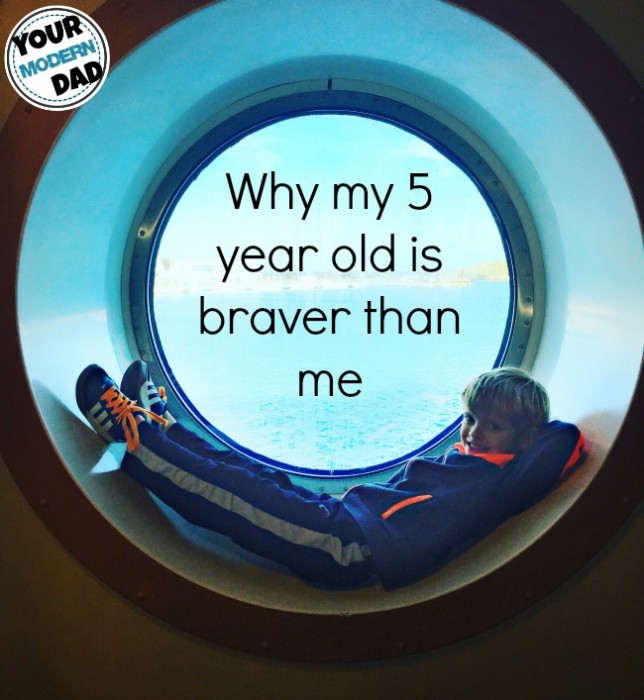 Now all of these tests were done in a matter of a few months. Finally we were talking to a friend and she mentioned a case she had with a client that had sleep disruptions.  She said that the parents had done just about everything, just like us and found nothing.  Just like them the had a feeling that was some underlying issue that needed to be explained.  She mentioned that they found a Nueorloogist that did a sleep study on their son.  We called the doctor that afternoon and set up an appointment.

We went in for our first sleep study about a month after that talk.  A week later, Becky went with Ethan to the neurologist to get the results, while I was waiting at home for the two older boys to get home from school.  The call I received was not what I wanted to hear- it was not good news. 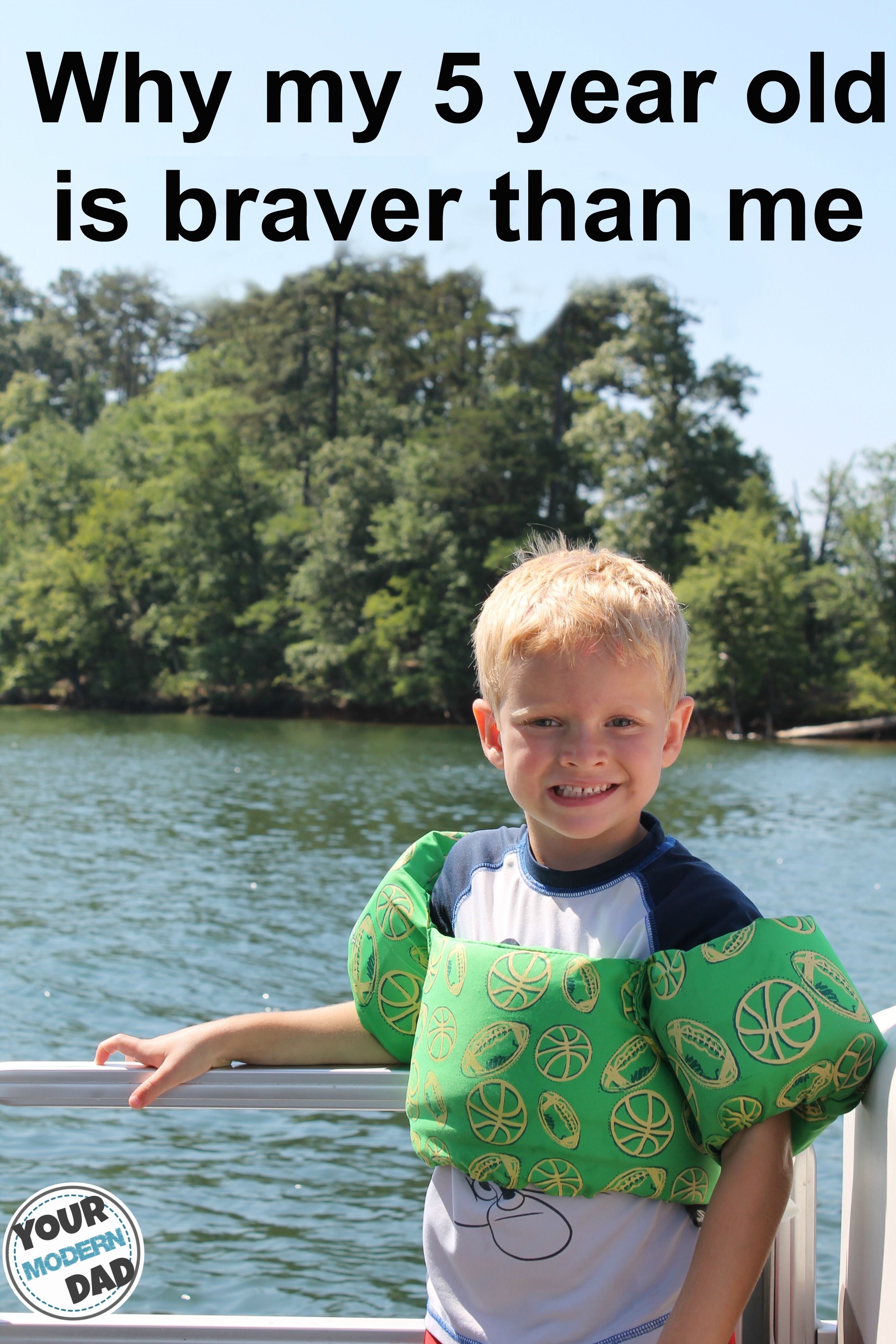 She went on to tell me that the test showed that he stopped breathing, for 10 seconds at time, between 8-10 time per hour, and he never went into REM sleep stage.  So basically his brain was on high alert all night long, like if when you just dose off for a second and wake up feeling all jittery and shaky. It was explained that it can be like the old torture method that when people would start to fall a sleep they would be tourtured and kept awake for days on end.  My heart just about stopped!  The doctor told Becky that he was astounded at how well-behaved Ethan was and how any person that had as little sleep as Ethan would be so irritable.

They were planning heart ultrasounds, brain scans, more sleep studies… it was a whirlwind that was about to become our lives.

When I got off the phone I put my hands over my head and just cried.  Now I am usually not the type of person that cries a lot, but when it comes to your kids, well thats a whole different scenario.  I prayed for him and wished that I could take all his pain for him just for him to be healthy.  I remember sending a message to my brother, who lives 14 hours away in Philadelphia.  He was so up set about the new.  However, Ethan make him a video to make him feel better.  This was just the beginning of our journey with Central Sleep Apnea.

Since February, we had to see a lot of doctors and he had a lot of tests done.  He had to first see a Pediatric Cardiologist to check to make sure his heart was strong and healthy, and it was.  Next he had to go back to the ENT to research any possible abnormalities, everything was OK.  Our next step was to have an MRI done of his brain to check all brain function.  Now with Ethan being so young, they had to use anestesia to put him under to do the test.   This scared us because he has breathing issues (he is diagnosed with Asthma, which the doctors now think may just be related to this).   The last time that he had anesthesia, he had trouble waking up and had to be hospitalized for 24 hours.  This time, he did great, even gave me a thumbs up after the scan. 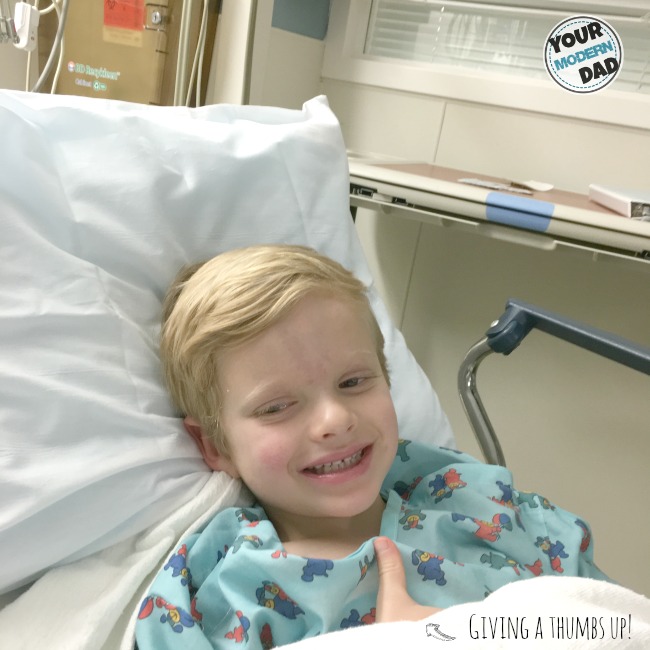 After all the test and everything came back normal, it was time to do another sleep study, but this time with a CPAP machine.  Ethan is the youngest patient that our doctor ever treated.   When the results came back this time he had improved to only waking up on average 1 time an hour and now was going into cycles of REM sleep.  Thank you!

The fact that he was able to go to school, play all day with friends, wrestle for our town… every day all without really sleeping is a miracle.   While we haven’t had the CPAP machine yet (that will increase his Carbon Dioxide… not Oxygen), tonight will be the first night with it.  So far he has woken up one time, calling for Becky to come up and lie down with him.

We are hopeful for a full night’s rest for him.   When he went to bed tonight, he smiled and gave me a big thumbs up and said “I’m good Dad, the doctor said that this will help me!”  As nervous and scared as I was for him, he was brave…  my 5 year old wasn’t scared.  He was strong, stronger than his Dad.  Looking at him smiling put a smile on my face.  I know that he will be OK now.

Parenting though the tough times can really put you through the ringers.  Not knowing what to expect or how to fix the problem.  However, we have to give more credit to our kids.  We are their voice while they are young.  Even though they are young and depend of us for just about everything, they can also be stronger than us, just like Ethan.  Remember as much as we think they need us, we also need them!

SIGN UP FOR FREE WEEKLY ENCOURAGEMENT – PARENTING TIPS VIA EMAIL ONCE A WEEK.