Becky and I started dating when we were sophomores in High School.  Its crazy to think that that was 20 years ago this year! 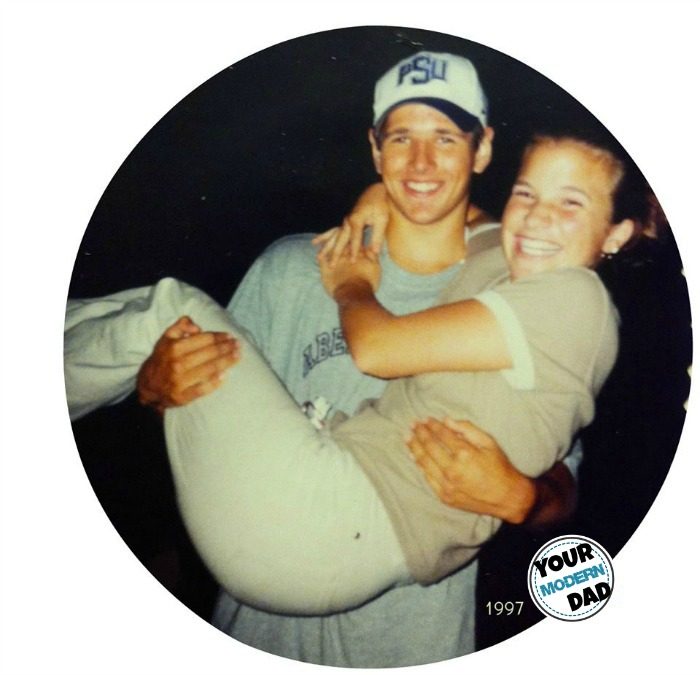 One of our first real dates was to one of the best restaurants in our area.  The restaurant was an old church that was converted into a Steakhouse restaurant.  It sat alone on top of a large peak overlooking the small town below, hence the name King of the Hill.

As a kid, I remember driving down the interstate and seeing the old building.  It almost looked like a castle sitting up on the hill side all by itself.  At night it was all lit up to purposely catch your attention.  I know that it was the perfect place to take Becky to our our first real date.

When we walked in the doors it was not what we expected.  It was like a transformation back in time.  The theme of a castle from the exterior was also the same on the inside.  The lighting was done by fire through candles and sconces on the wall.  There were large drapes on the wall that were lined with suits of armor.

The table and chairs were even decorated in the same fashion.  The tables were old think planked boards and the chairs looked like the one you see in the movies.  As impressive as the building was, the food was even better.  Fit for a King and Queen, for sure.

I forgot about this date until the other day, when we made potato soup at home.  Now, let it be know that I am huge fan of soup, for sure. I could seriously have it almost everyday and you could even say I’m the #KingofSoup.  I say that because for the past 20 years, when I would make soup for Becky, I would always add a little something in- milk instead of water, or bacon on potato soup.  She never could figure out what made it taste better… and I never told her.  So, when Becky made a pack of the Idahoan® Premium Steakhouse® Potato Soup for me to the other day, she told me that she was now going to be the Queen of Soup.  Yeah, yeah… we’ll see about that.  Well, I was hooked.  I’ll give it to her on that one.   We have all four flavors: Creamy Potato, Loaded Potato, Cheddar Broccoli and Three Cheese Chipotle.

The first one we made was the Loaded Potato, because that is my favorite.   Unlike other dry soups that take more than fifteen minutes to prepare by stove, with Idahoan® Premium Steakhouse® Potato Soups, you can conveniently just add water and prepare restaurant-quality soup in your kitchen within five minutes. With four kids, convenience and time are key. When I had the first bite, I was taken back in time to that date 20 years ago.  It reminded me of the  soup that I had with Becky in that fancy Steakhouse on our first date.

It reminded me of the  soup that I had with Becky in that fancy Steakhouse on our first date.  Idahoan® was able to deliver the flavorful, slow cooked taste of the the restaurant-quality soup right to my table.  The soups are filled with Idaho® red potatoes and red potato skins.  You can get more info on the soups by following @IdahoanFoods on social media.

Anyway… I told Allie about how I took her mom on a date to a “fancy dinner” and we had potato soup. Of course, she wanted to do this, too, so I grabbed a pack of the Idahoan® Premium Steakhouse® Potato Soup and made it for her.  She ran up and put on her fanciest dress, also her favorite dress, and sat at the table while I made the soup.   She was so excited to play dress up and eat dinner with me, like her mom did 20 years ago.

Here’s a sneak peek at our dinner… the #KingofSoup and my princess: 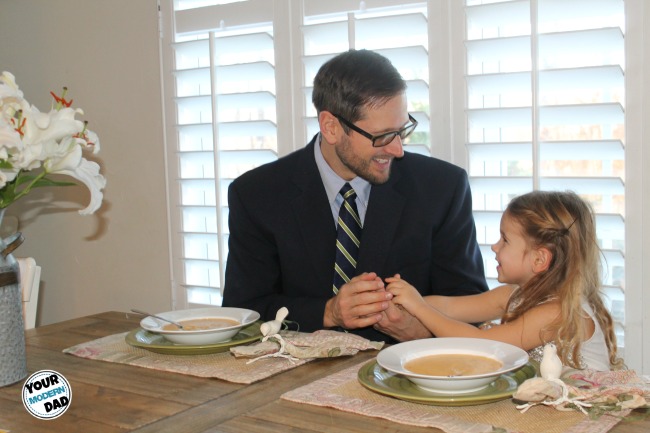 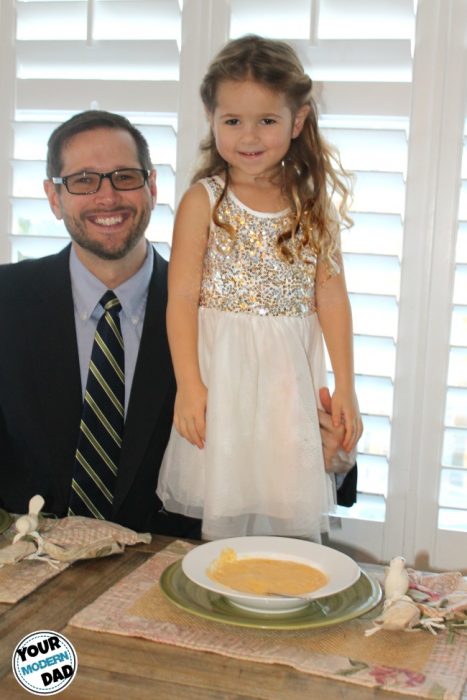 I have partnered with Life of Dad and Idahoan® Foods for this campaign, but my opinions are my own.