“You have to.  Go get dressed.  You’ve committed to the team.”  I told him.  Skipping a practice wasn’t an option – being on a team is a commitment.  He is committed to playing and doing his best and I committed to coaching. We were going.
Reluctantly, he got dressed for football practice, but he wasn’t happy about it. This was a change for him.  This kid LOVES football, he eats, sleeps & breathes football, so we knew something was going on.

Once he came down ready for practice, we sat him down and told us to tell us what was going on. 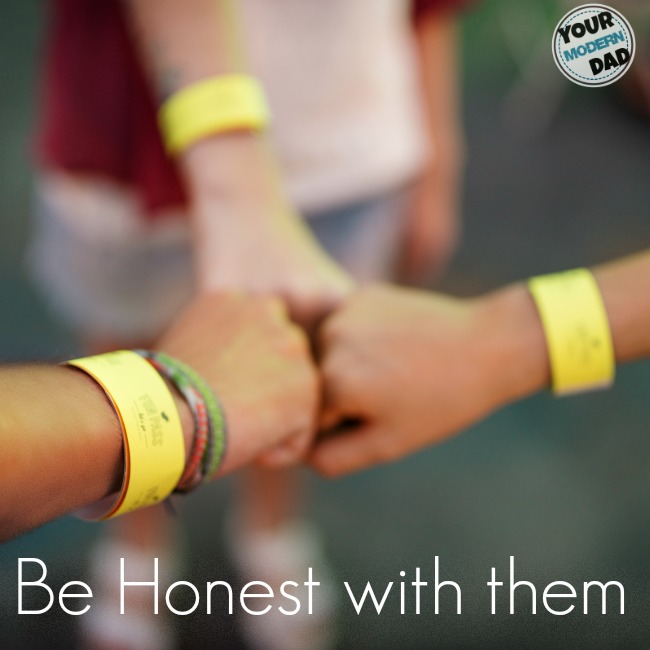 That’s when it all came out – he was mad at a kid on the team that wasn’t doing his best.  He said “X doesn’t do push-ups right, so we all have to do more.  He doesn’t run the laps, so we all run extra.  He doesn’t work hard, so we’re all punished for it, but he still gets to play.   It isn’t fair.  If you aren’t going to do the work, you shouldn’t get to play.”
I couldn’t agree more, but that’s the world we live in.   He has to learn to get used to this.
So, I was honest with him: I told him “there will be people that will be naturally smarter, will run faster, can build thing better than you can… and they won’t have put any effort in.  That doesn’t mean that you quit trying.”
“Hard work never goes unnoticed.  People may not notice it when YOU want them to notice, on your terms, but they will notice.   As long as you keep working hard, it will pay off.  They may not notice it now, or this year, but they will notice.
When I was in high school, my senior year, there was an article published in the paper about Mickey Mansfield, the Unsung Hero.  I remember being upset that they would have called me that.  I was voted Captain of the team by my peers, I was a two-year starter, I worked out every single day, and yet I wasn’t in the public spotlight.  I was a high-honor student and I always worked hard.   I wish I knew then what I know now:
THE ‘GLORY’ DOESN’T MATTER.
THE RECOGNITION DOESN’T MATTER.
I realized that none of these titles mattered.
What mattered was that I worked hard and THAT is what made me better.  Not comparing myself with other people or worrying about what they were doing or about articles that were written about my teammates and not about me.
The star of our team doesn’t play football anymore and  I see that the glory faded.   That ten minutes of fame is short-lived, but what you learn from working hard and staying committed is more important.   It will shape every aspect of your life, from your job to your relationships to your heath.
You may not realize it now, at ten, but you will one day.  Do it because you love the game, because the glory goes goes away.”

In the meantime, you are welcome to download Becky’s calendar of ideas for one on one time with your child- it is the best time to spend time together.  Click the calendar below to get it (you’ll also be in her free email series about one on one time).