Do you ever wish that your car smelled better, more like it did when you first got it?   If you are ever in my car, after taking five teenage boys home after lacrosse practice, you know exactly what I mean. 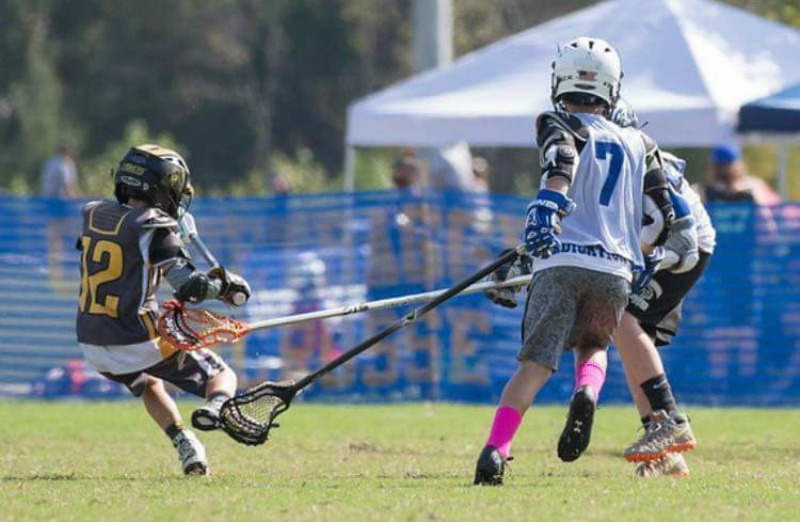 Today, I’ve partnered with Biocide Systems to share five tips to make any car smell better.    I’ll start with my favorite, number one.

1.  Use Auto Shocker™.
It was developed for any vehicle interior (Compact, Full Size or SUV).  Biocide Systems Auto Shocker™ works like a fumigation smart bomb as it effectively reaches places that other products just can’t get to and eliminates the odors effectively and safely.

How does it work?
Auto Shocker™ literally seeks out odor-causing molecules then goes to work permeating the headliner, visors, seat cushions, glove compartment, carpet, floor mats and all nooks and crannies where odors get trapped.  The product even clears out HV/AC unit mildew and musty stale odors. Unlike the standard auto cleaning agents found in the market, Biocide Systems Auto Shocker™ is a gas – not a liquid – which allows the product to effortlessly infiltrate every nook and cranny of the affected vehicle. 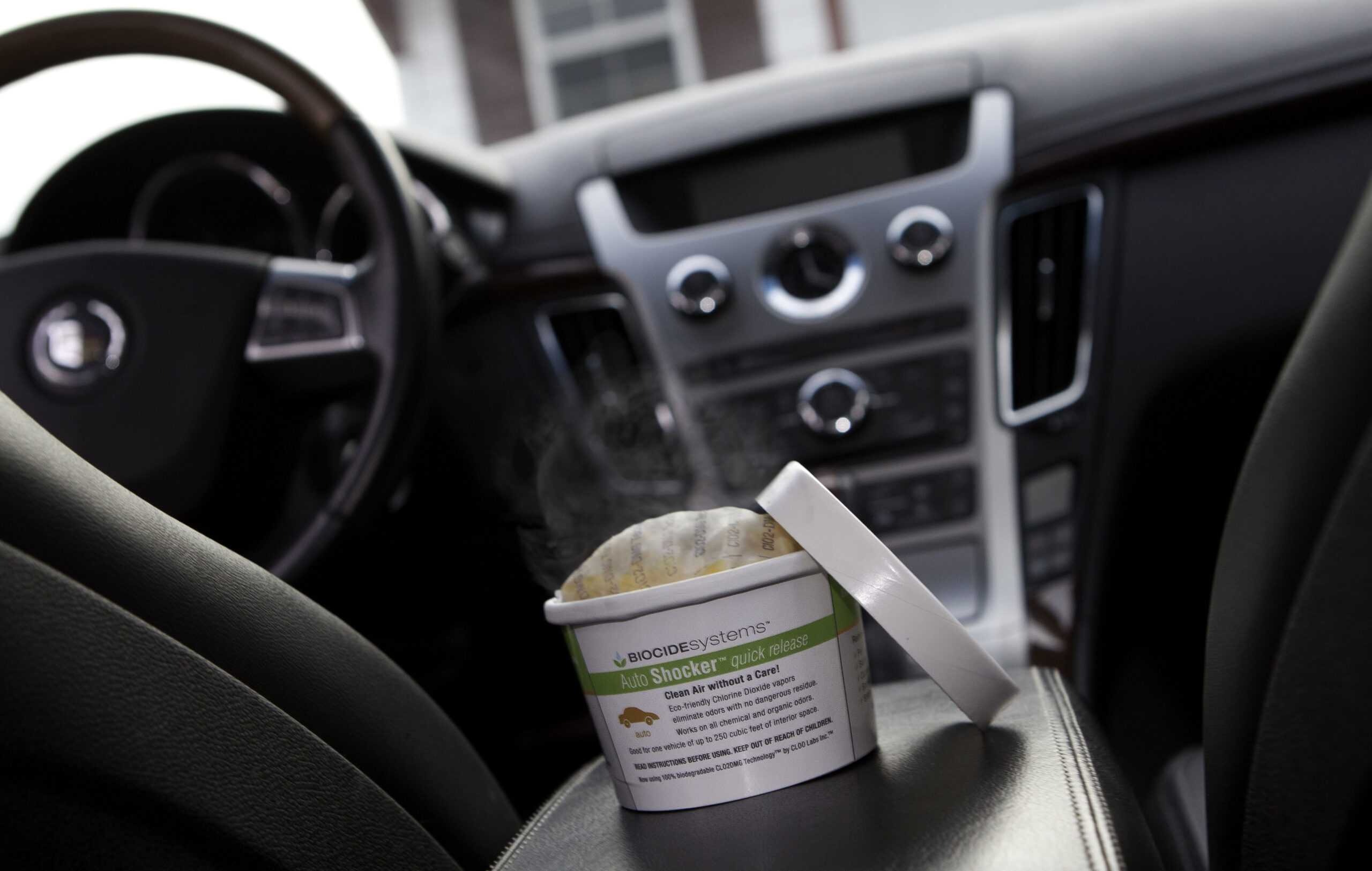 It’s no wonder Auto Shocker™ is a top choice among top car rental companies whose businesses rely on the utmost cleanliness of their vehicles.

While you’re waiting for your Auto Shocker™ to arrive, try out these other hacks:

2. Store an opened box of dryer sheets under the front seat of your car.   It’s a great way to make your car smell great. It will last for up to three months!

3. Baking Soda sprinkled on the seats & car mats can take away some of the odor.  Sprinkle it on,  scrub it in with a brush, let it sit overnight and then vacuum it up in the morning.

4. A scented candle – this is a great little hack!   Leave your favorite-smelling candle in your car, with the lid on.   Use a drill to poke some holes into the lid.   Put it on the floor of your car.  When the car starts to get warm, the candle will slightly melt and the scent will sneak out through the holes in the lid.

5. Do you have a sock without a match?  Now you have a purpose for it! Fill that sock with coffee beans.  Then, tie the sock closed and put it under the driver’s seat.   Your car will smell like coffee all day long!

BONUS Hack:  This hack isn’t for the car, but since it eliminates odor, I thought I should mention it, too.
One of the biggest challenges homeowners face is dealing with odors as a core part of home rehabilitation.  Biocide Systems also has a Room Shocker™ that works wonders!

When it comes to getting rid of tough home or car odors, the professionals turn to Biocide Systems, makers of The Auto Shocker and The Room Shocker. 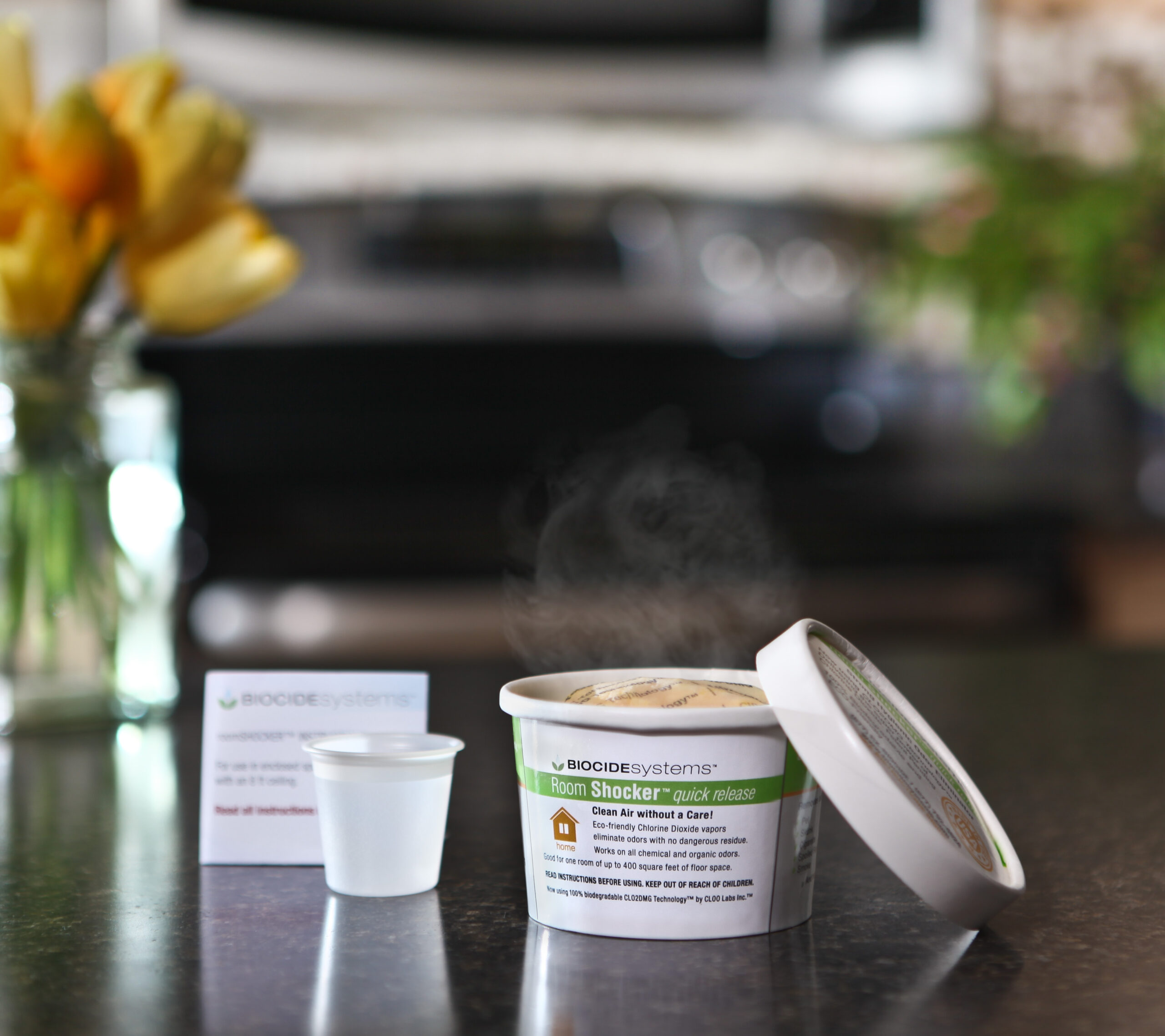 It destroys odors from pets, mold, lingering garbage or pungent paint thanks to the breakthrough proprietary ClO2-DMG Chlorine Dioxide technology and triple-patented delivery system that not merely masks, but permanently eliminates odors hiding deep inside any porous surface – effortlessly and effectively.

Thanks to Biocide Systems for presenting today’s post.  They are dedicated to creating a cleaner, safer and healthier planet for us, our children and for future generations. Its current suite of chlorine dioxide-based products includes the Auto Shocker™, Room Shocker™, RV Shocker™, Marine Shocker™, and doggiClEEN™.  For more information visit the web site www.BiocideSystems.com or call (877) RX-BIOCIDE.