I love how coaching will strengthen the bond with your child.   It doesn’t take much… just devotion, passion and time. 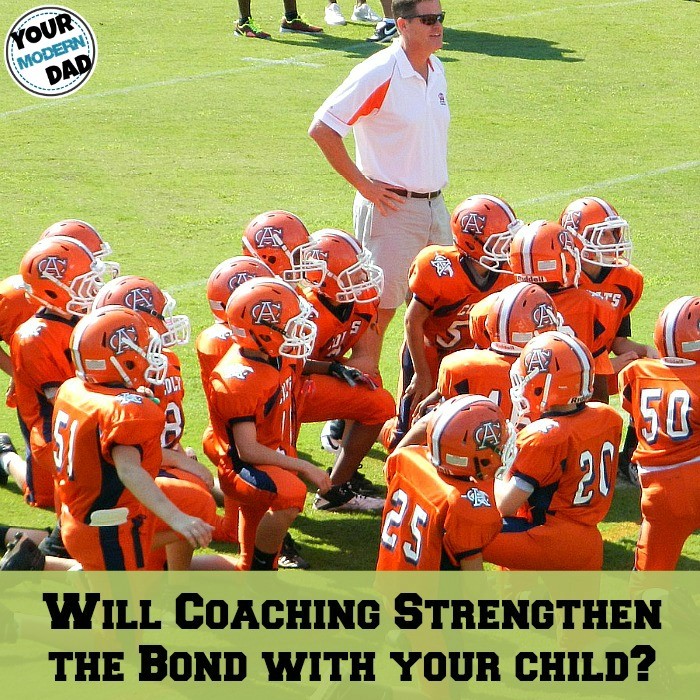 What do I say to that?   It had been a sport that I put all my heart and soul into… a sport which led to 10 surgeries before the age of 30.  However, playing sports was one of the main contributors to the man I am now… Devoted. Passionate.

“Dad?  Why don’t you coach more…since YOU played football in college?  You were the captain.  You were the on the all-star team.  Why are you over here?”

Yep.  That was it.   Jack was the one who pointed out that I was not being what he and his 19 teammates knew I was…
Devoted. Passionate.

Around the 3rd game, while watching my son play the same position that I played as a linebacker… I knew that something had to be done.   We were down by 17 at half time and I was standing on the side line faced with the decision:  “Do I speak up or am I just another body on the side?”

That’s when it happened:  Football, once again, brought me out of my shell… and it brought my son out of his for the very first time this season.

I offered up my suggestions to the head coach and he welcomed them.  We moved Jack up on the line.  He was one of the smallest… but one of the quickest kids off the snap of the ball.

The outcome:   We won that game.   Jack won my heart all over again, when he told me “Dad, That was the best game ever!”  I won what I didn’t realize I had lost…
My devotion for coaching.  My passion for the sport.

More posts you might like:
Being a devoted parent: A lesson learned from my parents.
How to be involved in your kids sports when you are a working parent