This Low Country Boil recipe is a southern classic. 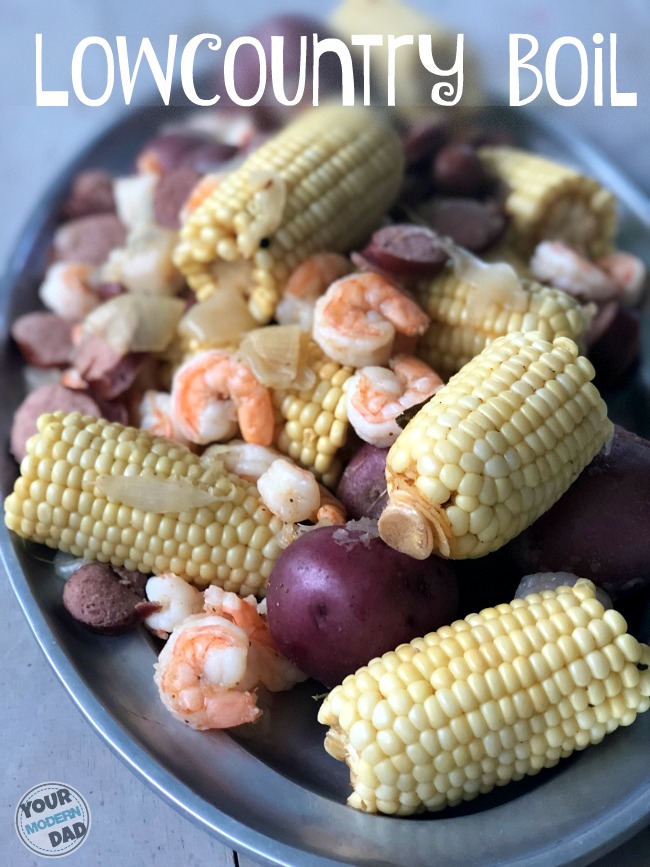 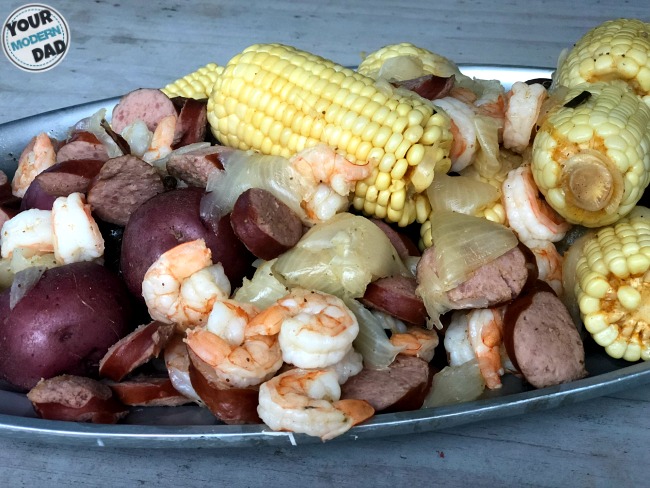 Becky’s grandmother, who lived in the Low Country, called this recipe Frogmore Stew.  It was once called this by most locals.  It is a one-pot recipe created by a Guardsman as a way to feed many soldiers.   It was named, as a joke, after his hometown in Frogmore.   When the postal service eliminated the name Frogmore, they changed the name of this Low Country Shrimp Boil to its now-common-name of “Lowcountry Boil.” 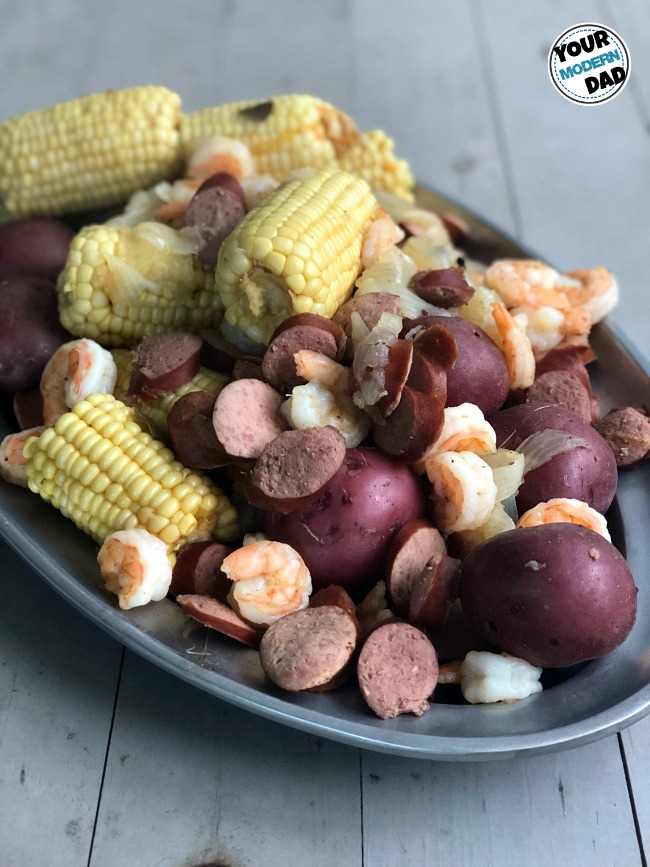 The Low Country Seafood Boil includes shrimp, corn, sausage, potatoes and some old bay.   It’s perfect for a large crowd… the more people you have, the bigger the pot you’ll need.   You can serve this Low Country Boil Recipe with Old Bay on newspaper or on a big disposable tablecloth.  In fact, when Becky’s brother had his wedding rehearsal dinner, the Low Country Boil covered an entire table… and everyone loved it.

Prep Work:
Before you begin, be sure to get your shrimp and corn ready.  Wash them in your kitchen sink. 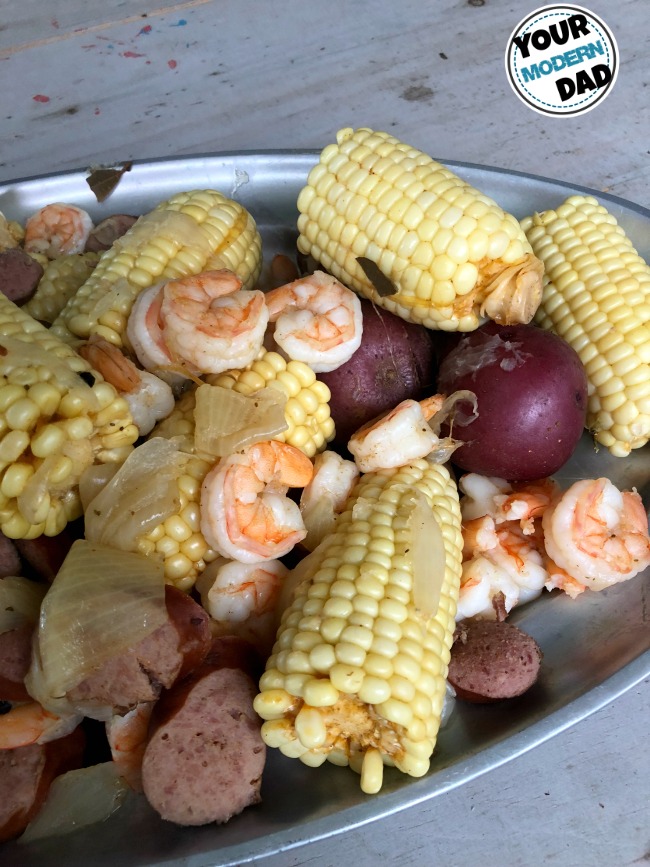