I am all for rewarding kids for their accomplishments in life, but I believe people need to stop giving trophies to every kid, for everything!  I want them to do well in sports, but we want them to earn what they get. 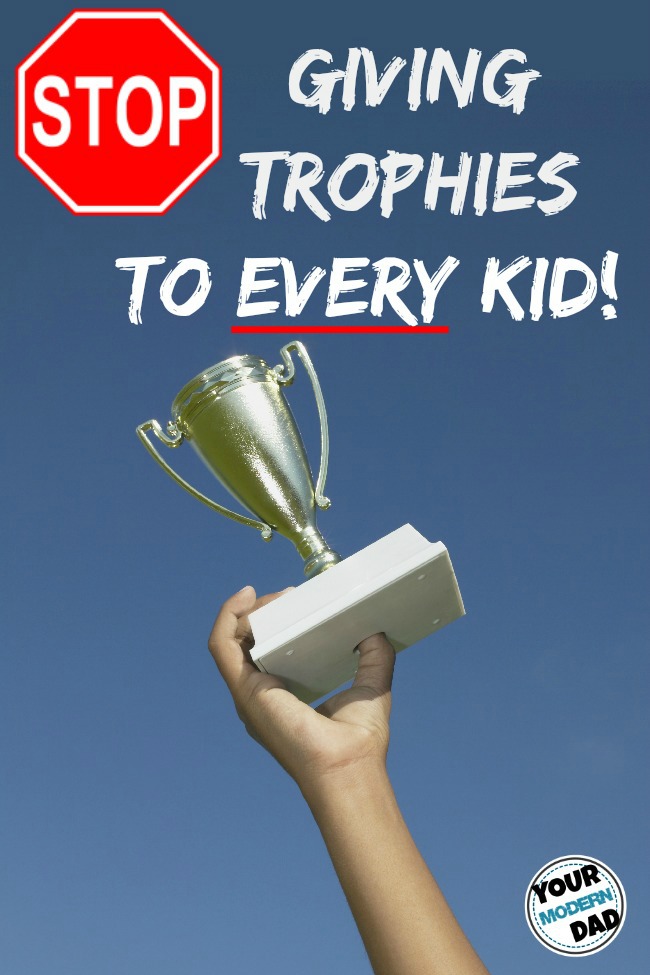 Before you read this, know that I am talking to myself as much as to other parents out there.

Parents… since when has just playing a sport or participating in an activity become not enough to our kids?  Extra-cirriclular activities, like sports, are one place where our kids have a chance to be different and to excel, but trophies are give to e everyone.  Why?  Because “WE” as parents wanted it this way.  We want are kids to feel special all the time, and I am just a guilty.   However, in the real world, we are not all created equal and we are not all given the same reward.

If you want to be the Student of the Month you have to show the  teacher why you “deserve” it or you have to “earn” it.  It is not given to every student. I tell my kids, if that is one of your goals for this school year, you have to show your teachers that you want it.  They will not just give it to you.  You have to try your hardest, be helpful and respectful all the time.

The other day we were on our way to our last soccer practice of the season. (NOTE: we switched leagues this season, so this was our first season with this new league and probably our last)

Our oldest son, Jack, asked: “Dad do we get a trophy this year?”  I already knew the answer to this.  So I hesitated to answer and then replied: “Yes, Jack, everyone gets one this year.”

I was surprised what he said next.  Jack (age 8) said “Dad, I don’t think it’s fair that everyone gets a trophy.  Half of the kids don’t even come to practice or show up to the games and they get a trophy, too?”   Then he thought for another minute before adding “I would rather have to work hard to EARN the trophy by winning than to just get it.   We haven’t won a game all year, so we shouldn’t be getting a trophy!”

I would have to say that I agree 100% with him.   I think that we give out “participation awards/trophies” to everyone to make everyone feel good and like they accomplished something.  As an athlete and a coach, I do not think this teaches kids the value of working hard, only that they will get something just for being one on a team.

Think about this with your own job:  If you were on a group assignment with ten other people and only 1/2 of you showed up and did all the work (you were one of the ones that worked).  Come payday, all ten of you were paid the same amount.  Is this fair?   Is it right?  Would it make you feel good?  Did it teach you a lesson? (I guess it would if you were the 50 % that did nothing!)

Most of the activities that our kids participate in (school, football,wrestling & normally soccer) are not just given a trophy.  They have to earn it and work hard for it.

This past wresting season was a great example of this:   In 2013, neither of our sons placed in the end of year tournament and we ended the season with a car ride home full of tears.  I would have to say it broke my heart!  However, I made a promise and a commitment to them.  I promised that I would help with coaching and “WE” would learn and work hard together the next year.   We were going to EARN a spot in the tournament.

At the start of the next season, in 2014, Beau (age 6) had been losing more matches than he won.  One day at practice, our head coach reminded the boys that the top 3 in each weight class would “earn” a gold medal for their hard work.  It lit a fire under both of our sons.  Beau worked as hard as the kids twice his age.   He worked hard at every practice.  When tournament time came, he was not only able to participate, but he ended the season undefeated in the tournament and won the gold medal.   He was very proud of himself. 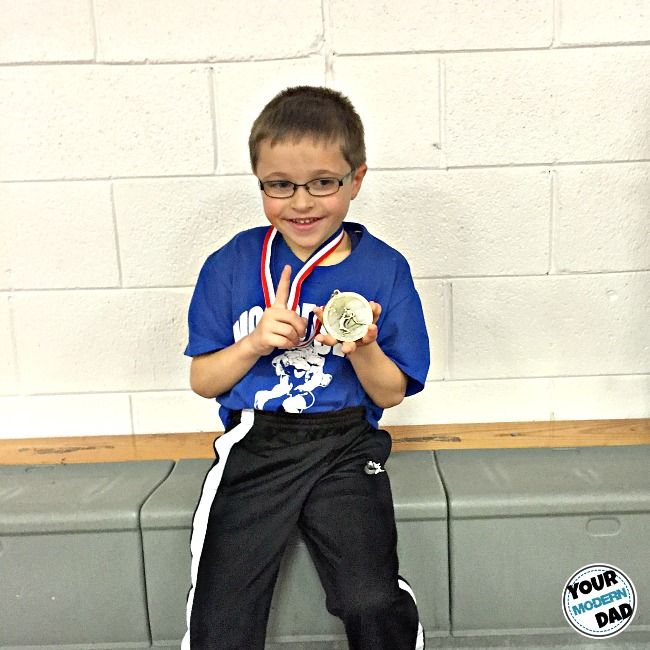 I wish Jack had the same outcome, but it was not the same.  Jack did not win a medal, but he had worked hard and as his dad, I wanted to give him a medal like his brother. When Jack walked off the mat after he lost his last match of the season; face all red, covered in sweat, and out of breath showing that he gave it 100%.  He was upset, but he did not cry.  He did not hang his head in disappointment or shame.  He was not angry.  He simply looked in my eyes and said “I tried my best, I did not get a medal Dad, but I will next year!”