Are growing pains real?   We learned, several years ago, that while some kids don’t seem to notice growing pains, other kids feel an aching or throbbing feeling in their legs, which can be painful.

I remember one night, in particular, when we saw growing pains rear its ugly head.   It was 9:30 pm, already two hours past our 3-year-old’s bedtime, and we had been in her room probably ten times already.   We had tucked her in (like we do every night), but she just wouldn’t settle down…she wanted to talk… talk about today… talk about yesterday… talk about what we are doing tomorrow.

What is going on?!

For three or four nights prior to this, she’d been struggling to go to sleep, waking in the middle of the night, and getting up WAY too early for the hours she’d been keeping.

Finally, on our 11th trip into her room, she was crying…and the truth came out. 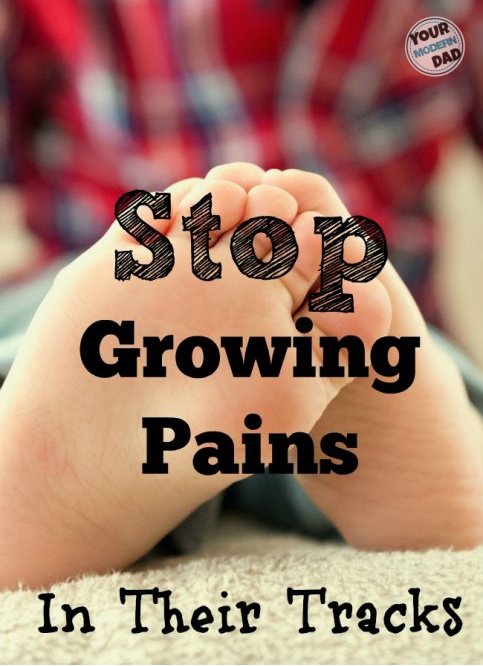 The Truth About Growing Pains (and why nighttime is worse)

While we wanted to say “Why didn’t you tell us sooner?”  we didn’t say anything because we’ve learned that this growing pain is often mild in the beginning, more of a slightly nagging feeling.

GROWING PAINS HURT MORE AT NIGHT.  Yes, as the evening progresses, growing pains always seem to get worse.  It could be because the pain actually is amplified, or maybe it’s that the child is finally still enough to notice the pain, or maybe it’s a combination of a sleepy, cranky child with that annoying pain that just reaches the breaking point.

Over the years with our kids, we’ve learned quite a few tricks to stop growing pains in their tracks.  Plus, a recent post on Facebook from an old high school friend begging for help with their daughter’s growing pains, let me know this might be worth sharing those tricks.

According to the Mayo Clinic, “There is no evidence that growth is actually painful.”


So why do we FEEL pain from the growth?     Turns out there is a reason…
The Mayo Clinic suggests that there is pain, but it’s just stemming from something else, not exactly because of the ‘growth’.  Actually, muscle pain at night from overuse during the day is thought to be the most likely cause of growing pains. Overuse from activities such as running, climbing, and jumping can be hard on a child’s musculoskeletal system.

How do you stop growing pains? 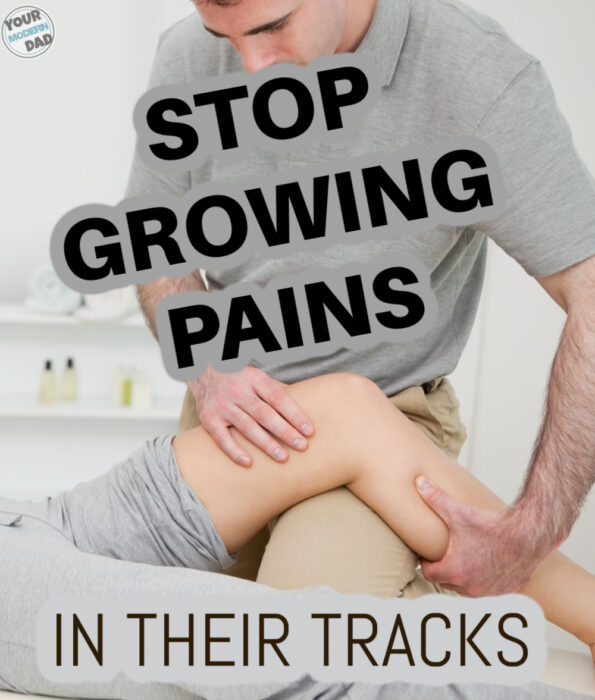 THESE FIVE TIPS WILL EASE THEIR SUFFERING.

1. Use An NSAID – such as Children’s Ibuprofen.  We’re OK with giving a dose of this to them when they start complaining about their legs hurting…  or if the kids have a fever.  It usually is sufficient to help them ease the leg pain and help them get a good night’s rest.
You won’t need to use it for more than a couple of nights before they don’t need it anymore.  (Of course, as with any OTC medication, read the bottle because you don’t want to use it wrong  or for too long.)

3.  A Foam Roller – I know this sounds ridiculous and honestly, and we only tried it one night as a fluke when one of the kids was so uncomfortable and the ibuprofen had not yet kicked in.   We found that having them roll their legs over an exercise foam roller helped tremendously.  Thanks to the relaxation and relief — sleep quickly followed, too.

4. Drink OJ or Eat Bananas to give your child potassium, magnesium, and calcium.  These nutrients, along with sodium, ease muscle cramps.  Since a child’s leg pains can be at least partially attributed to muscle cramps, it makes sense that foods high in these nutrients help to ease the pain — stop growing pains.

5. Epsom Salt Baths – The theory is that in water, they break down into magnesium and sulfate, and when you soak in the water, these go into your skin.  It could also be that just soaking in warm water helps your joints and muscles to relax. Whatever it is, they definitely help!

Hopefully, these simple tricks can help your child during this relatively short-lived, but annoying, part of growing up— growing pains.

Thanks to contributing author, Hillary Cole, for today’s post