As parents, my wife and I really try to “screen” the movies that we allow our children to watch.  I believe that over time, movies have evolved.  There is so much more added “adult humor” to make movies more likable for the parents, but keeping them appropriate for the kids (we do screen them first to be sure that they are still appropriate).

However, in the 80’s I think what you saw was what you got.  So what were our parents thinking when they let us watch… 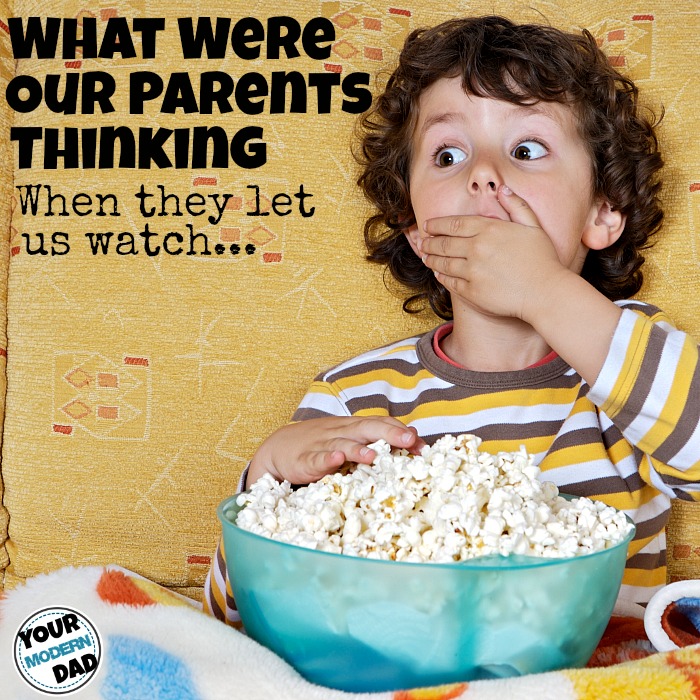 Sleeping Beauty-A quaint Disney fairy tail… or so we thought.  Between Maleficent and the enormous dragon at the end, I was sure of one thing… I was not going to be getting any sleep for a few weeks.  Especially since I remember watching it at my Grandmother’s house out in the country-hills of Pennsylvania.  It should have been named “You’ll Wish You Were Sleeping… Beauty.”

Wizard of Oz-Way too many flying and moving objects in this movie to even mention.  At the start of the movie there is a huge tornado that picks everything up in its path.  Items include: cows, the house,  and that mean neighbor woman who thought it was a “good” idea to ride her bike (with her dog in her basket).   Lets not forget those freaky flying monkeys with their little party hats.   I still refuse to follow the “yellow brick road” on this one.

E.T.–  I loved this movie for many reasons, and I believe this is where my secret obsession with “Reese’s Pieces” came from.  As if aliens were not scary enough, lets throw in a frumpy looking sick one that we have to ride in the sky with.  E.T. was not the worse part, do you remember the “Men” that took over Elliot’s house and wore all the quarantine medical gear.  I think this started the trend in all the “End of Days” movies from then on.  Just think about it!

Gremlins– Sure every kid out there wanted a cute little Mogwai named Gizmo.  On the other hand, I  was terrified that I may drop a little water on him and would end up with a skunk-haired demonic Mogwai named “Stripe.”  I can remember, after watching the movie, how terrified I was when I saw blenders and hamsters.  Go figure!

Pinocchio– I remember watching this movie, with my brother, until we wore out the VHS tape, and the audio quit playing.  Who wanted to go in to the ocean after this movie… not this guy!  I never knew when I would be swimming and would be eaten by a large whale. A whale so large you could build a fire inside of him.

Side note: this is a story of an old and lonely man who wanted a son of his own.  Then he made one out of wood and wished him to come alive…creepy!  Today you would tell your kids to “Stay away from THAT house.”

Beetlejuice-I am sure that everyone out there that had a friend with an attic, and wanted to know what was inside.  I know what was inside of that house… two dead people.  If that was not bad enough, lets throw in a man with the name “Beetlejuice,” who wore a pinned stripped suit and lived under the ground in a toy “town model.”  I still can not think of Michael Keaton in any other role after this, especially as “Batman” (you have to say it in a deep raspy voice…”I’m Batman”)

The NeverEnding story-This whole move is dark, from the very beginning when a young boy named “Bastian” is being chased by some bullies and runs into a dark old book store.  In his time of hiding he starts reading a book.  The story plot…the whole kingdom is vanishing from “something” called the “Nothing.” Yes…it is confusing.  I was afraid that every time I was near mud,  I would vanish like Atreyu’s horse.  What about that wolf?  “The Big Bad Wolf” and “Little Red Riding Hood” have  nothing on it.

Some other movies that you may remember and say, what were my parent thinking when they let me watch: Howard the Duck, The Dark Crystal, Return to OZ, The Secret of NIHM, Goonies, and Labyrinth.  I remember all of these movies because of how at some point as a child I was terrified.